Does fat come back after liposuction?

When someone gets liposuction, will the fat come back?

This is one of the most common questions we hear when meeting with a patient before liposuction. People want to know, “Does fat come back after liposuction?”

Does Fat Come Back After Liposuction? 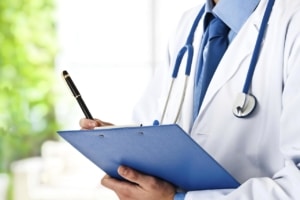 This is a complicated question, but generally speaking, no, your fat cannot “grow back” after liposuction. On the other hand, if you end up gaining a significant amount of weight after liposuction, you may very well see some weight gain in the areas where you had the procedure.

We understand this can be a bit confusing, so let’s break it down. Here are five facts you need to know about weight gain after liposuction.

Fact #1 – The human body has a specific number of fat cells in their body.

Many people misunderstand the way fat cells work in the body. That is, it is common to believe that when someone gains weight, they actually produce more fat cells, which causes them to appear bigger.

While an individual can certainly “gain weight” or “gain fat”, they aren’t actually gaining new fat cells when this happens. Instead, the fat cells they already have — and again, this number remains constant throughout life — will simply grow in size. Each individual cell will get bigger, and this will cause the appearance of additional bulk on the person’s body.

However, just as we stated in fact #1, the fat cells that remain in the body after liposuction can still grow in size. Therefore, if the patient were to stop eating a healthy diet, eat a surplus of calories on a regular basis, or stop exercising, they may very well gain weight. The remaining fat cells on their body would grow in size, and they would look and feel heavier.

Fact #3 – Slight weight gain will probably not affect the areas where you had liposuction.

As stated above, if a patient doesn’t maintain the lifestyle choices necessary for a healthy body weight, they can certainly gain weight (fat) after liposuction. The good news is that if you just gain a few pounds (say, five to 10 pounds), you probably won’t see that weight gain show up too much in the areas where you had liposuction.

So, for example, let’s say that you had liposuction on your lower abdomen. This is an extremely common place for patients to get liposuction. After your surgery, as soon as you were healed and the swelling went down, you would be slimmer in this area of your body. The fat cells from this area would have been permanently removed.

Fast forward a couple months, and let’s say you put on five pounds. In this case, you will probably just notice an overall increase in your body weight. Your cheeks may be slightly plumper, your upper arms may gain a little bulk, and yes, you may see a slight increase in the size of your lower abdomen. However, contrary to what many people will say, all of your weight gain (the five pounds in this example) will not go directly back to your lower abdomen.

Fact #4 – Drastic weight gain may cause the remaining fat cells (in the areas where you had liposuction) to grow.

Things change if the patient gains a lot of weight after liposuction. So, if a patient were to get liposuction on their lower abdomen and gain, say, 25 to 30 pounds, you would see a significant increase in size on that same area. In other words, the weight gain would almost certainly be noticeable on the lower abdomen — as well as on other parts of the body. This is simply because the remaining fat cells there would have increased in size.

Fact #5 – The only way to avoid regaining weight where you had liposuction is to maintain your overall body weight.

Patients are often quite concerned about regaining weight after liposuction. And while this is understandable, there’s an easy fix. Patients simply need to make sure they are making healthy choices after surgery so that they can stay in a healthy weight range.

Doing this is the best and only way to ensure you don’t regain fat where you had liposuction.

Reasons for Weight Gain Right Away After Liposuction 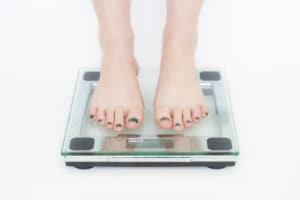 One thing that is quite common immediately after liposuction is for patients to gain five or even 10 pounds. This can happen right away and may linger for several weeks or months.

Certainly, this can be scary for patients because they obviously sought liposuction to reduce their weight and overall size. Seeing that number on the scale go up, therefore, is alarming.

There’s good news, though. Generally speaking, if this happens to you, it’s for one of the following reasons.

When you have liposuction and begin the recovery process, your surgeon will tell you to relax and rest. You shouldn’t be lifting heavy objects, moving around a lot, or vigorously exercising. No strength training. No running or HIIT workouts. And there’s good reason for this — you could end up causing complications, including bleeding excessively, tearing your stitches, etc.

Therefore, for at least a few weeks, you will be spending a lot of time on the couch not doing anything. Naturally, this is a good way to gain weight!

If you end up in the situation, don’t panic. After a few weeks (or a few months at the maximum), you will be able to return to normal activities and get back to exercising. When this happens, you should see that number on the scale go down.

Swelling is another symptom of liposuction that you should expect. It’s also another reason why your weight may increase after the procedure. This is simply because when you’re swollen, you carry more water, and you weigh more. With time, the swelling will go down, and you’ll see your weight decrease as well.

Even small changes to the contours of your tummy, hips, thighs, or arms can create a big difference in your overall appearance. Liposuction is the ultimate “fine tuning” surgery for getting rid of those last bits of unwanted fat.

Your journey to a happier, more confident life starts with a private, in-depth consultation with your surgeon, where we learn about you and your vision and goals. Discover San Antonio’s premier clinic for plastic surgery.

Digital Marketing & Design by Studio III Marketing
Accessibility: If you are vision-impaired or have some other impairment covered by the Americans with Disabilities Act or a similar law, and you wish to discuss potential accommodations related to using this website, please contact our Accessibility Manager at (210) 361-1268 .
Contact Us
Newsletter / Pricing